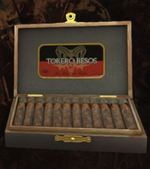 Description: Prime-quality cigars, individually rolled from handpicked tobacco leaves by the hands of a master artisan. Their well-matured, creamy flavor is the best match for rum. Of course, a cigar storage cabinet is also installed in Ivan's cell.

Just before leaving the Main Cell Block where you completed Obtain an assault rifle, upper area - the last cell.

Description: The San Blas Islands are situated in the Caribbean Sea, off the east coast of Panama. The mola is a decorative piece of cloth woven by women of the indigenous tribe Guna on these islands. Several layers of different-colored cloth are sewn together; the exotic colorful design is then formed by cutting away the parts of each layer. Even Ivan inadvertently gazes at it with rapture. Very popular as a souvenir in Panama.

Description: The AC-130 gunship is a heavily armed ground-attack aircraft variant of the C-130 Hercules transport plane. It takes full advantage of its firepower against ground forces but has weak defensive measures and is vulnerable against anti-aircraft fire. Securing air dominance is critical prior to using this aircraft.

Description: Also known as a tram, the streetcar is a rail vehicle that runs on tracks along public, urban streets. It was used as a common form of public transportation in Braat. It is a reminder of the peaceful and idyllic life before SOD's dominance. 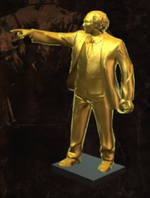 Description: Super-alloy Rhenium X, developed by Dr. Maeda, added further value to the already rare and precious metal Rhenium. Braat then developed on a grand scale as the largest producer of Rhenium in the world. In recognition of his achievements for Braat, Dr. Maeda was acclaimed as a hero and a statue was built in appreciation. 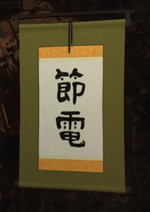 Description: One of the most popular souvenirs in Braat Fuji. Letters [ 節電 ] (power saving) drawn on the scroll are a copy of Dr. Maeda original autograph. You can tell from this how popular Dr. Maeda is in Braat.

Description: The matryoshka doll is a symbol of Russian culture. It is a set of wooden dolls of decreasing size placed one inside another. The workmanship of these dolls are based on "Ireko-zaiku," which gives the dolls, like Ivan, a deep connection to Japan.

Description: An eight-wheeled amphibious infantry fighting vehicle used by US Marine Corps. It is based on an armored personnel carrier developed by the Swiss MOWAG corporation and was built by General Dynamics Land System Canada under license. It traverses the battlefield at a top speed of 100 km/h and can hold 3 crew members and 6 soldiers aboard.

Mission 8 - Under the Flags of Freedom

Description: It was 1957 when the Soviet Union launched the first artificial satellite Sputnik 1 into orbit. The surprise success precipitated the American Sputnik crisis and triggered the Space Race, one part of the larger Cold War. Only 12 years later, human beings set foot on the lunar surface for the first time.

Retrieved from "https://devilsthird.fandom.com/wiki/Souvenirs?oldid=10176"
Community content is available under CC-BY-SA unless otherwise noted.