Description: It is rumored there's a secret prison under the soil of Guantanamo that takes in vicious criminal who are unable to be judged under US domestic laws. It is said a "ghost" with his identity erased is confined in the depths of that prison.

After Obtain a melee weapon in basement area. 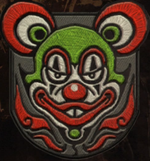 Description: The poison gas unit led by Big Mouse is a special operations command composed of biochemical warfare experts. These messengers of death are fully equipped with gas masks, chemical suits, and machine guns, and they carry out their atrocious missions with no remorse.

It is believed the poison gas this unit employs is a by-product of the gas agent used in SOD experiments to cause wide-scale viral infection. According to information obtained from NDI, the perpetrators called the virus, which was infused into the gas agent, the "Chimera virus." It seems that the Big Mouse unit is responsible for using helpless civilians from various regions as guinea pigs for their terrible experiments.

Description: The Kukri soldier unit, led by Grundla Saha, are fearless and bothersome enemies that excel at close-quarters combat. They skillfully manipulate their Kukri knives in each hand and challenge Ivan with high-speed hand-to-hand combat.

Their true form is unknown, hidden beneath their masks, but judging from their outfit and equipment, it appears they may be a military unit southern Asia.

Description: The official name of Delta Force is 1st Special Operational Detachment Delta. Delta Force was formed to carry out out counterterrorism operations that could not be handled by the Green Berets. However, the US government has never officially acknowledged it existence. 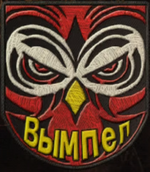 Description: Jane Doe leads the unit of ninja-like soldiers who have undergone special training in fighting under cover of darkness with their night-vision goggles. These soldiers are armed with small but powerful machine guns and sharp-edged ninja swords, making them formidable foes in close-quarters combat with their tricky and acrobatic movements. 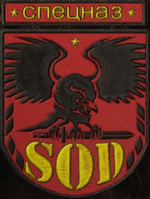 Description: The soldiers engaged in SOD missions have sworn absolute loyalty to Isaac Kumano. Their combat capability has been enhanced to the utmost limit through "chimerization." In addition to the comment grunt, some soldiers may wield flamethrowers or poison gas. 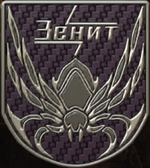 Description: The optical camouflage unit led by Ludmilla are "invisible" soldiers fully equipped with stealth camouflage armor. These "ghosts in the battlefield" are nearly impossible to spot, blending into the environment around them. This gives them an immense advantage in battle, allowing them to sneak up behind their enemies for the first, and probably last attack. 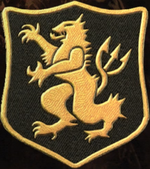 Description: DEVGRU is a Joint Special Operations Command derived from the US Navy SEALs. DEVGRU engages in counterterrorism operations alongside Delta Force. Like Delta Force, its existence has never been acknowledged by the US government.

Mission 8 - Under the Flags of Freedom 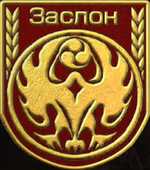 Description: An elite unit consisting of especially valiant soldiers singled out from among all the SOD forces. These battle-hardened soldiers are equipped with powerful firearm and special armor in their quest to track down Ivan and send him to hell.

Retrieved from "https://devilsthird.fandom.com/wiki/Emblems?oldid=10174"
Community content is available under CC-BY-SA unless otherwise noted.